The liability of new property owners for historic municipal debt - Constitutional Court comes to the rescue! 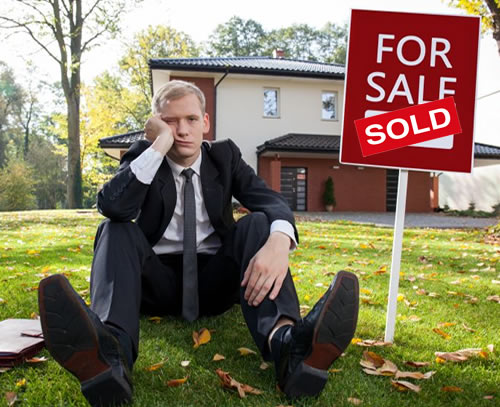 The Local Government Municipal Systems Act 32 of 2000 (“the Act”) places a statutory duty upon municipalities to provide services to the whole of the community within their respective jurisdictions and to progressively realise the rights of access to housing, water and sanitation as enshrined in section 27 of the Constitution.

The municipalities achieve this Constitutional prerogative by, inter alia, revenue generated from the provision of these services.

Section 96 of the Act provides that a municipality must collect all money that is due and payable to it and, for this purpose, maintain and implement credit control and debt collection policies consistent with the Act.

In Mkontwana v Nelson Mandela Metropolitian Municipality 2005 (1) SA 530 CC the Constitutional Court held that a municipality has a duty to send out regular accounts, develop a culture of payment, disconnect the supply of electricity and water in appropriate circumstances and take appropriate steps to collect amounts due.

Perhaps one of the most time effective junctures in which the municipality can and must collect monies due to it, as at the time immediately preceding the transfer of immovable property.

2. THE DOUBLE-WEAPONED ARSENAL OF THE MUNICIPALITY IN PROPERTY TRANSFER TRANSACTIONS - EMBARGO PLUS PREFERENT CHARGE

In the ambit of property transfer transactions the provisions of section 118 of the act provides a municipality with a full-plated panoply of mechanisms enabling efficient debt recovery in the cause of collecting publicly vital revenue.

The Constitutional Court, in the recent case of Jordaan and Others v The City of Tshwane Metropolitian Municipality and Others (unreported judgment handed down on 29 August 2017) recently considered and clarified the application of these enforcement mechanisms.

Section 118 (1) of the Act essentially allows the municipality to place an embargo upon the registration of the transfer of immovable property and provides that:

Simply stated, the quoted provision of the Act restrains and prohibits a registrar of deeds from registering the transfer of immovable property until such time as he is provided a document known as a rates clearance certificate (“RCC”). The registrar of deeds is thus enjoined by statute to act as a policeman on behalf of the municipality and will not transfer a property from the seller to the purchaser unless the conveyancer presents a RCC when lodging the documents in the deeds office.

An RCC is a document obtained from the relevant municipality, certifying that that the seller of any immovable property does not owe any money to the municipality in respect of relevant charges for the 2 year period preceding date of application for the RCC.

Section 118 (3) of the Act creates a preferent charge and vests the municipality with a real right of security over the immovable property in security for the payment of monies due to it by the owner of an immovable property for rates, taxes, service and consumption charges.

” An amount due for municipal service fees, surcharges on fees, property rates and other municipal taxes, levies and duties is a charge upon the property in connection with which the amount is owing and enjoys preference over any mortgage bond registered against the property.”

Municipalities are thus afforded a statutory preferent right to collect payment over other creditors of the owner of immovable property which preference includes the right to payment even before the holder of a registered mortgage bond.

The provisions of section 118 (3) took effect on 1 March 2001 and in BOE Bank v City of Tshwane Metropolitan Municipality 2005 (4) SA 336 (SCA) the Supreme Court of appeal pronounced on the interpretation of the section by finding that:

3. JORDAAN AND OTHERS V CITY OF TSHWANE METROPOLITAN MUNICIPALITY

The delinking of sections 118 (1) and 118 (3) of the Act by the Supreme Court of Appeal created the basis for the suggestion by municipalities that the preferent charge created by section 118 (3) survives the transfer of immovable property and, thus, arrear municipal debts may be recovered from the new owner of immovable property.

The interpretation of section 118 (3) as advanced by municipalities would entail that a municipality could recover historical debts in respect of a specific immovable property from the “new” owner of that property, notwithstanding the fact that:

The Tshwane and Ekurhuleni municipalities also appealed against the finding of constitutional invalidity, obviously discontent with the finding that the preference would not to extend to new owners of property.

The question of law before the Constitutional Court

The question before the Court, although crouched in either the confirmation or not of constitutional invalidity, was essentially whether section 118 (3) of the Act permitted a municipality to reclaim, from a new owner of property, debts incurred by his predecessor in title vis-à-vis the municipality.

The Court proceeded first to consider the common law background and requirements pertaining to the enforcement of a real right of security over immovable property.

Roman law afforded many real rights in property and many of these granted creditors security for repayment of debts. From the earliest roots of our law, both publicity and formality were seen as pivotal requirements in creating a transmissible right of security against property.

In Roman- Dutch law, a real right of security over immovable property could survive transfer to a new owner and, thus, bind successors in title only if such security had been formally established and properly constituted. This entailed a written document, concluded with proper formalities, before a judge of the place in which the immovable property was situated.

The Court thus held that the long-standing doctrine of our law is that a real right of security over immovable property could only arise by giving notice of its creation to the world in general and, in modern parlance, this would mean registration of that real right in the deeds office.

The Court noted that section 118 (3) did not require that the charge be registered or noted in the deeds office and a purposeful approach would thus dictate that it was not the intention of the legislature that the preferent charge created by the section should survive the transfer of ownership in the property.

The case advanced by the municipality

The municipality contended that the constitutional considerations applicable to section 118 (3) point to the conclusion that the preferent charge created by the section should survive transfer.

The municipalities sought to sustain their case by relying on:

The case advanced by the applicants

The applicants in the Constitutional Court were all individuals and legal entities who were the owners of immovable property in the Tshwane and Ekurhuleni municipalities, each of them being a recent transferee and each complaining that the municipalities refused to conclude a consumer service agreement for municipal services until the historical debts relating to the property had been cleared.

It was contended on behalf of the applicants that the survival of the real right of security surviving transfer of the property would constitute a breach of their constitutional right to property as envisaged and enshrined in section 25 of the Bill of Rights in that it would be tantamount to a substantial and arbitrary deprivation of their rights to property.

In practical terms, the survival of the security could ultimately mean that a new owner’s property could be sold in execution to satisfy the charge in respect of debt incurred by the owner’s predecessor in title. If the historical debt is substantial enough, the new owner could be left with very little – or even, where the debt exceeds the value of the property, with nothing.

The same, it was contended, applies to a bondholder, who advances money to the new owner in order to finance the acquisition of the property, but finds that its security, carefully calculated on the value of the property before transfer, becomes useless afterwards.

On this basis the applicants contended that the effect of allowing the charge to remain in esse post transfer is thus to substantially interfere with or limited the transferee’s ownership and the mortgagee’s real right of security.

The Court found that, if section 118 (3) of the Act meant that new owners of immovable property are liable, post-transfer, for a previously owner’s debts, it would be constitutionally impermissible.

“…it has been gold-plate doctrine in this Court that judges must embrace interpretations of legislation that fall within constitutional bounds over those that do not, provided that the interpretation can be reasonably ascribed to the section. Where a legislative provision is reasonably capable of a meaning that places it within constitutional bounds, it should be preserved.”

On the basis of this reasoning the Court held that section 118 (3) of the Act could be interpreted to mean that the charge and concomitant preferent right of security envisaged therein could be interpreted restrictively to mean that the preference does not survive transfer.
As the restrictive interpretation of the section would mean that it did not offend the constitution, more specifically section 25 of the Bill of Rights, the section need not be declared unconstitutional and the confirmation of such declaration was thus refused.

In giving effect to its judgment, the Court issued a declaratory order as follows:

“It is declared that, upon transfer of a property, a new owner is not liable for debts arising before transfer from the charge upon the property under section 118(3) of the Local Government: Municipal Systems Act 32 of 2000.”

By the issue of the declaratory order quoted above, the Constitutional Court has now authoritatively decided against the somewhat opportunistic contention by the municipalities that a preferent charge could survive transfer and be recoverable from the new owner of an immovable property.

This finding is a certain relief to new owners of immovable property who could otherwise have found themselves in the very unfortunate position of being held liable for debts tying to the property in a time preceding their ownership of the property.

The judgment is to be applauded as being in harmony with established common law principles and the values enshrined in the Constitution.

One must however bear in mind that sections 118 (1) and 118 (3), the latter being restrictively interpreted, are unassailable and indeed provide the municipalities with effective mechanisms aimed at collecting debt owed to it.

One must bear in mind that, for section 118 (1) to work, the conveyancers attending to the registration of the transfer must call upon the municipality to provide the figure payable in order to obtain a RCC. This notice to the municipality is indispensable and invariable as it serves as an unequivocal statement to the municipality that there is a transfer of property pending in its jurisdiction.

This then gives the municipality full power and full opportunity to enforce the charge, in other words all historical debt extending back 30 and in some instances 3 years, against the current pre-transfer owner of an immovable property.

The concern now is that the municipality did not, as a general rule, seek to enforce payment of historical debt exceeding two years (the period applicable to the RCC) in the period between the call for clearance figures and transfer.

In the light of this judgment the municipalities may well become more astute in asserting the preferent right against the immovable property before transfer, registering an interdict or caveat against the title deed of the property for the amount of historical debt, thereby further embargoing registration of transfer.