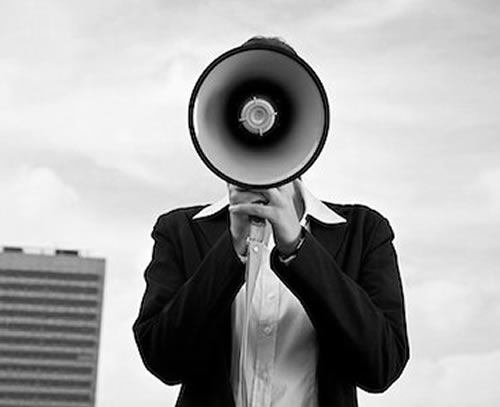 In every democratic country a central tenant of liberty is the freedom to express one’s mind, for one to be able to form one’s own unique opinion and, despite any logical flaws or inconsistencies with the communities’ values, profess such views to all and sundry. In South Africa the right of expression itself is enshrined in Section 16 of the Constitution 1996, the stalwart bastion of every fundamental right in our land.

South Africa is a land of a rich but checkered history, a melting pot of social, racial and cultural diversity where a unique sense of sensitivity is required in order to maintain the dignity of all our people. As with the freedom of expression, the right to human dignity is also enshrined and is, arguably, of even greater fundamental importance within our Constitution.

With the advent of social media, forums such as Facebook, Twitter and Whatsapp provide an unknown opportunity for the most politically savvy or the most socially adept to have their voice costlessly broadcasted to entire populations.

Yet,this potential is ceaselessly marred by controversy, and hardly a day goes by where someone, be they a misguided socialite or a frustrated housewife, doesn’t say something that lands them in hot water.

Once again, before this topic can progress, special context must be attributed to South Africa. As a fledgling democracy, so newly freed from the irons of apartheid and so righteously founded on the basic ethos of equality for all, no amount of progressive legislation or political empowerment can drown out the contempt fostered by generations of civil discontent.

For every step we take forward in to the glittering potential of a new rainbow nation, there remain those, from every conceivable race and creed, who hold fast to the old hatreds. Though government laws can dictate virtually every facet of a person’s life, no government is yet so absolute in its authoritarianism that it can dictate what a person should, think, feel or believe. However,the freedom of belief is not the topic of this essay.

The topic instead is what, and to whom, you can say what to. As surely as freedom of speech is a fundamental right in our Bill of Rights, so is it immediately curtailed and limited. Section 16(2)(c) of our Bill of Rights states that freedom of expression does not extend to the advocacy of hatred based upon race, ethnicity, religion, gender and that constitutes which may lead to incitement to cause harm.

Further legislation constituting protection against hate speech is Section 10 (1) of the Equality Act which reads that “no person may publish, propagate, advocate or communicate words based on one or more of the prohibited grounds (race, sex, gender, religion, ect), against any person, that could reasonably be construed to demonstrate a clear intention to be hurtful; be harmful or to incite harm; promote or propagate hatred”. Section 11 of the same Act makes it clear that “no person may subject any person to harassment”.

Organisations such as the South African Human Rights forum, or any person affected have, thanks to the basis provided by this above section, has the legal foundation to approach the judiciary for relief against anyone found perpetrating hate speech. In recent months and years we have found dozens of cases being brought before court, and yet a startlingly inconsistent number of interpretations and relief.

To point out a handful of these inconsistent decisions which may be helpful in illustrating the point that hate speech, while prevalent, is hardly approached in a uniform manner.

The above five examples, selected for their infamy, are all relatively recent adjudications on hate speech and the inconsistencies are immediately apparent. Firstly virtually all of these actions are instituted in varying forums, the first two in the lower courts and the latter two finally being settled in the higher courts. Secondly what constitutes hate speech seems to be vague, varying depending on the identity of the transgressor and/or the transgressed. Thirdly the sanction of these infractions seem to vary from an apology to substantial fines and possible criminal action. However, what is most readily and importantly apparent is that hate speech, has as envisioned by the act, to counteract discrimination which is not only based on race.

With a new bill, the Prevention and Combating of Hate Crimes and Hate Speech Bill, still before parliament, intends to criminalise the act of hate speech and create a duty for government to prevent such Acts.

Now more than ever, special attention and reserve must be employed before any controversial opinion can be aired. Though the promulgation of such legislation is already openly being challenged by a new, surprising champion for expression, religion, even the most thoroughly obstinate must now recognise that absolute freedom to hurt is a relic of the 20th century, and accordingly is rapidly becoming outdated.

Though in no way does the author feel this should be absolute either, a court should not be approached every single time a person feels the slightest bit offended, as South African courts are already becoming more and more woefully inundated with folly. As harsh as it may seem a certain thickness of skin should also be expected from people, and a small amount of patience should be given for those raised and groomed in a world completely different from that which we now find ourselves in.

That being said things we can say seems more vague and complicated than at the outset of this discussion, and it is possible that it will become even more so as in the next few decades of this new-born millennium, as hundreds of adjudicators will apply their mind to this question against the backdrop of their own lives in this rainbow nation experiment of ours. There will be many who will cry hypocrisy and double standards as on the flip side many who will call for more and more comically harsh sentences for those who utter the smallest faux pas.

So as a point departure, as at the point of foundation, recognition must as always be paid to the purpose. Dignity, once again must form the foundation, support and four corners of every question of where something becomes hate speech. Dignity should not be construed as hurt feelings, nor as the right to maintain a certain elevated view of oneself, yet rather as envisioned in Section 10 of our human rights, that the ethereal, inherent quality meaning I am a person and deserved to treated as such.

With all the above taken into account the following passage is the most distilled and basic way of determining if what you said can be construed as hate speech. After taking into account Section 10 of the Equality Act, the technical formulations for determination of hate speech whether it is harmful and hateful not merely being, artist or scientific, against a protected group, which can potentially inspire violence. This, however, should be seen against the backdrop of dignity as discussed above, which forms the foundation of any action based on discrimination, whether the act of hate speech violates someone’s inherent human dignity, is the surest way of determination of where insult crosses the blurred line into hatred.